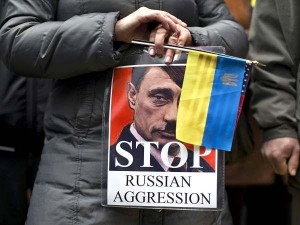 Missing persons during the conflict in Ukraine

Origin — Assembly debate on 25 June 2015 (26th Sitting) (see Doc. 13808, report of the Committee on Migration, Refugees and Displaced Persons, rapporteur: Mr Jim Sheridan). Text adopted by the Assembly on 25 June 2015 (26th Sitting). See also Recommendation 2076 (2015).
1. The Parliamentary Assembly is seriously concerned about the growing number of cases of missing persons reported in the areas of military action in certain areas of the Donetsk and Luhansk regions of Ukraine, as well as in occupied Crimea.

2. Since the beginning of the Russian aggression in Ukraine, in early 2014, more than 1 300 persons have been reported missing. This figure, which only takes into account data collected by the Ukrainian authorities, is in reality certainly higher. Among the missing persons are not only soldiers, but also civilians, including volunteers who were helping victims of the conflict. Their fate and whereabouts are unknown and difficult to determine as their most likely location is in the territory which remains under the control of separatist groups.

3. The Assembly welcomes the efforts undertaken by the Ukrainian authorities with a view to determining the fate and whereabouts of missing persons. In particular, it commends the establishment of an Interagency Centre for Assistance in the Release of Captives and Hostages and the Search for Missing Persons under the responsibility of the State Security Service of Ukraine and the creation of a unified register of pretrial investigations (including a database of DNA samples of unidentified bodies and the relatives of missing persons) within the Ministry of Internal Affairs, which have significantly facilitated the identification procedure of missing persons.

5. At the same time, however, the Assembly considers that the issue of missing persons requires a more comprehensive approach at governmental level and should include the co-ordination of the work of various volunteer and human rights organisations with regard to tracing and collecting information on missing persons. Furthermore, the medical, social and financial assistance offered to the families of missing persons is largely insufficient.

7. The Assembly further urges the Ukrainian authorities to:
7.1. create a dedicated governmental mechanism, tasked with the co-ordination of the work of all governmental and non-governmental bodies working on the issue of missing persons, and in particular to:
7.1.1. ensure sufficient budgetary funds for its functioning;
7.1.2. create and maintain a unified data register with regard to missing persons during the conflict in Ukraine;
7.1.3. provide adequate funding for tracing operations;
7.1.4. elaborate a mechanism of State compensation and support to the families of missing persons and ensure that the families concerned are informed about the existence of this mechanism;
7.1.5. include in its work non-governmental organisations, volunteer associations and representatives of the families of missing persons;
7.2. introduce into the legislation a provision ensuring the right of families to know what has happened to relatives who remain unaccounted for in connection with armed conflicts and internal violence, in compliance with the relevant provisions of international humanitarian law;
7.3. strengthen legal measures dealing with the problem of missing person, in particular to consider the adoption of a specific law on missing persons which would introduce a legal status of “missing” and “war victim”, allowing the families concerned to benefit from financial, social and legal assistance, including a mechanism of State compensation;
7.4. address the needs of single heads of families of missing persons, taking into consideration specific needs of women and children;
7.5. further develop national capacities specialised in forensic and tracing expertise and encourage them to assimilate the experience of the International Committee of the Red Cross (ICRC) in this respect;
7.6. provide adequate legal and awareness-raising training for all officials concerned with regard to the implementation of legal provisions and administrative procedures when addressing the rights of the families of missing persons.

8. The Assembly urges the separatist groups which control the occupied territories in the Donetsk and Luhansk regions to:
8.1. release all captured prisoners and hostages;
8.2. engage effectively with the work of appropriate working subgroups of the Trilateral Contact Group in accordance with the Minsk agreements, with a view to dealing with the issues of captured and missing persons and identifying possible grave sites;
8.3. grant access for international humanitarian missions to places of detention of prisoners.

9. The Assembly further urges the authorities of the Russian Federation to:
9.1. release all prisoners illegally captured in Ukrainian territory;
9.2. conduct an effective investigation and prosecute perpetrators in cases of abduction, enforced disappearances, torture and politically motivated killings of Ukrainian activists and members of the Crimean Tatar community;
9.3. exercise pressure over the separatist groups which control the occupied territories in the Donetsk and Luhansk regions for the immediate release of all civilians held in custody on the territory under their control and for the exchange of prisoners;
9.4. create a national mechanism to deal with the issues of captured and missing persons during the conflict in Ukraine;
9.5. provide the families of missing Russian soldiers with accurate information on the fate and whereabouts of their missing relatives;
9.6. immediately grant access to the territory of occupied Crimea to international human rights monitoring missions.

11. The Assembly encourages the International Committee of the Red Cross (ICRC) to make available their expertise to Ukrainian institutions, in particular in:
11.1. training national specialists in the documentation of missing cases, the consolidation of lists and the assessment of and response to the needs of the families;
11.2. providing technical assistance, in particular in setting up the DNA laboratory in Dnipropetrovsk and supplying reagents for the DNA tests;
11.3. informing the Ukrainian population about the main aspects of international humanitarian law.

12. The Assembly invites the Council of Europe Commissioner for Human Rights to follow the problem of the missing persons during the conflict in Ukraine.